Netflix’s The Crown Unveils Its New Charles and Diana 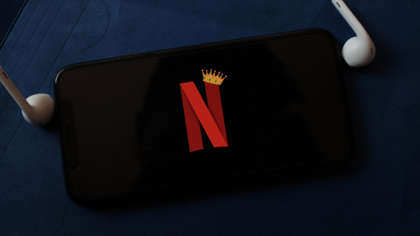 Netflix's hit series The Crown has released pictures of the actors taking the roles of Prince Charles and Princess Diana in the upcoming fifth season.

The Wire's Dominic West and Tenet's Elizabeth Debicki will be taking over the roles from Josh O'Connor and Emma Corrin, who portrayed the troubled couple in the fourth season.

The latest series begins in 1990 and will chart the decline of the Royal couple's relationship, leading to Diana's tragic death in a car crash in 1997.

Netflix took to social media to offer fans a first glimpse of West and Debicki in the roles.

"The images show Diana as she became increasingly self-aware and comfortable with her own image," a statement detailed. "As she enters the Nineties, she has shorter, sexier hair and her distinctive black eyeliner as well as clothes which showed off her svelte physique. But the prominence of her blue sapphire engagement ring is a reminder that, despite her growing independence, she’s still tied to the Royal Family."

"As her star is rising, Prince Charles’s youthful looks are seen fading, with a fuller frame, greying hair and a stuffy wardrobe," the statement added. "The new image also sees him with a trademark hand in his suit pocket, looking bewildered as he surveys his home on the Highgrove Estate."

West, whose maternal grandparents were born in Ireland, rose to fame in the role of Baltimore police detective Jimmy McNulty in the acclaimed American series The Wire. With his convincing accent, many viewers were surprised to learn West was actually British. Following the conclusion of The Wire in 2008, West starred in a variety of films, including Pride, John Carter and Testament of Youth, before landing a lead role on TV drama The Affair. He can next be seen in the upcoming sequel Downton Abbey 2.

Australian actress Debicki, whose mother is of Irish descent, was first noticed in Baz Luhrman's 2013 adaptation of F. Scott Fitzgerald's The Great Gatsby. The 6'3" actress found herself cast in supporting roles in the likes of The Man from UNCLE, Everest and Macbeth. In 2016 she was cast in the acclaimed spy series The Night Manager. Since then she has won acclaim for her role in the heist thriller Widows and was considered the highlight of Christopher Nolan's trippy Tenet by many critics.

The role of Prince Charles' lover, Camilla Parker-Bowles, has gone to Olivia Williams, who was recently seen opposite Oscar winner Anthony Hopkins in The Father. Williams takes over from Emerald Fennel, who portrayed Parker-Bowles in the fourth season.

Netflix recently posted the first image of Imelda Staunton as The Queen. The 65-year-old is the third actress to portray The Queen on the show, following Claire Foy and Olivia Colman. It's already been confirmed that Staunton will remain in the role for a sixth season, expected to conclude the series.

Also onboard for seasons five and six is Jonathan Pryce, who has been cast as Prince Philip. James Murray will portray Prince Andrew. Trainspotting's Jonny Lee Miller is a surprise choice for the role of Prime Minister John Major. Lesley Manville takes over the role of Princess Margaret from Helena Bonham Carter.

Season Five of The Crown is set to debut on Netflix in 2022.