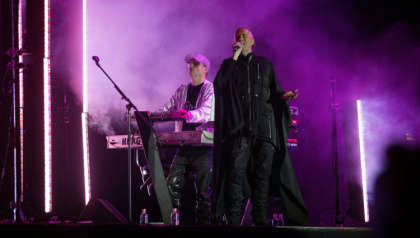 The Pet Shop Boys have announced a string of dates as part of their UK and European Tour 'Dreamworld: The Greatest Hits Live'.

With tickets going on sale via Ticketmaster from Thursday December 1 from 9am, the tour will kick off in Rome on June 13, running right through to July 9, where the band will hit the stage at Sweden's Scandinavium.

The new tour dates kick off with a show in Rome on 13th June 2023 before taking in cities across the continent incl. Dublin, Paris, Helsinki, Copenhagen & Gothenburg on 9th July. pic.twitter.com/SjHBGeHu5J

This tour will also see the Pet Shop Boys perform at Dublin's 3Arena on 19 June.

Check out the Tour Dates below.