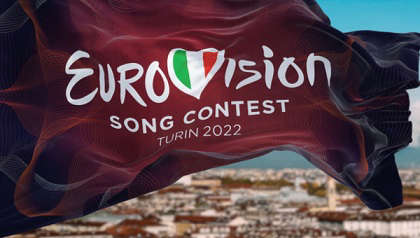 It was a nail biting final as after the jury votes came in the United Kingdom were on top. Once the public votes were added into the mix though, Ukraine surged passed them.

There was huge celebration for Ukraine after they topped the leader board. The Ukraine’s president even got in on the action hailing Ukraine’s victory.

Zelensky promised his war-ravaged country would do its best to host next year’s final in the beleaguered port city of Mariupol.

Ireland has missed out on a place in the finals of the Eurovision song contest, as Brooke Scullion failed to make it past the semis.

Disappointment for the UK.

It was disappointing night for the night United Kingdom though, who initially were having massive success. They ended in second place, which is a far away from last year’s nil points.

The UK's Sam Ryder had topped the country-by-country voting with his song Space Man.  The singer had received 283 points in the jury vote. As the public votes were counted, he began to slip down the ranking as Sweden and Spain gathered votes. Serbia's electric Eurovision entry also raced to the top at one point in the evening, with a song that was possibility about Megan Markle's hair or about washing hands. Who really knows.

The 439 fan votes Ukraine received is the highest number of public points ever received in a Eurovision song contest.

Ireland were among the countries who gave Ukrainian folk-rap group Kalush Orchestra 12 points.

Russia was excluded from the Eurovision Song contest this year in response to its invasion of Ukraine.

This is not the first time Ukraine have succeeded in the Eurovision song competition. Ukraine joined the contest in 2003 and has won three times, making it one of the most successful of the newer competitor countries. They won in 2004 and in 2016.

Kalush Orchestra is a cultural project that includes folklore experts and mixes traditional folk melodies and contemporary hip-hop. The act was a true defence of Ukrainian culture.  A fitting nod as their country and culture is currently being besieged by Russian forces.

Ukraine had been widely tipped to take the title and on the night there had been a huge cross-European swell of support. Almost all entrants in the Eurovision song contest sported Ukrainian flags as well as their own.