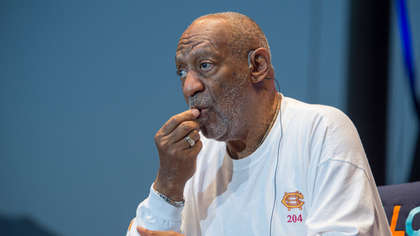 One of Bill Cosby's accusers is suing the 84-year-old comedian over an alleged rape in a hotel in New Jersey in 1990.

Lili Bernard, a 57-year-old artist from Los Angeles, was prompted to take legal action following Cosby's release from prison in June. Cosby was set free after serving two years of a potential 10 year sentence when his 2018 sexual assault conviction was overturned on procedural grounds.

Following his arrest in 2015, Cosby was convicted of sexually assaulting Temple University sports administrator Andrea Constand at his home in January 2004. He allegedly drugged her before carrying out the assault. The state supreme court ruled that the case should not have gone to trial due to a binding promise having been made by an earlier prosecutor that Cosby would not be charged. Constand received $3.4 million from Cosby in a civil lawsuit.

Bernard alleges that the disgraced entertainer drugged and raped her during a hotel encounter when she was 26. He had promised to mentor her in the entertainment world.

"When Bill Cosby was released, it retraumatised me, it terrified me," Bernard said. "I was really horrified for any woman or girl that would come into contact with him. The Pennsylvania supreme court let a predator back on the streets."

Cosby's spokesperson Andrew Wyatt said his client denies the allegations and would fight the case in "the highest court in these United States of America."

"This is just another attempt to abuse the legal process, by opening up the floodgates for people who never presented an ounce of evidence," the spokesperson said in reference to New Jersey's two-year window for victims of past sex crimes to come forward.