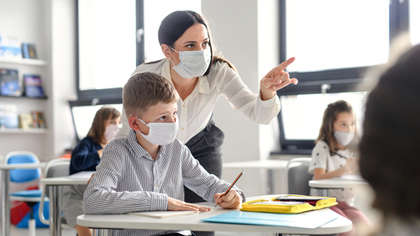 The Irish National Teachers Union and the Association of Secondary Teachers in Ireland have spoken of unease among their members ahead of Thursday's reopening of schools.

John Boyle of INTO said there "isn't a hope" of enough substitute teachers being available to cover absences in the coming weeks and expects much disruption.

Foley also said that a special helpline has been set up for school principals to contact the Department of Education for advice.

"Schools can draw the resource of the department and the inspectors in particular, so that they can work through the best solution," she said.

ASTI had asked for a staggered reopening of schools, but all schools in Ireland will reopen on Thursday as planned.

General Secretary of ASTI Kieran Christie described his members as experiencing "enormous unease" ahead of Thursday's return. His union had asked for medical grade masks to be made available for secondary school teachers and pupils, a request which was denied. INTO announced that they had successfully convinced the government to make such masks available for primary schools.