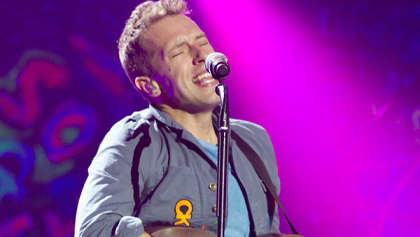 Coldplay frontman Chris Martin has announced that one of the band's final three albums will be written as a musical.

Martin also confirmed that the band are to stop recording after their 12th album.

“We’re going to make 12 albums", he said. “Because it’s a lot to pour everything into making them. I love it and it’s amazing, but it’s very intense too. I feel like because I know that challenge is finite, making this music doesn’t feel difficult, it feels like, ‘This is what we’re supposed to be doing’".

In a separate interview, Martin even joked about calling a possible Coldplay musical East Side Story.

“I think, over time, we’ve learned… we’re so lucky that we get to just follow what feels right", he continued. “And that’s what we’ve decided to do. That’s why our music changes a bit: sometimes we lose people and we get other people in".

“But, really, it’s become so fun since we just had the privilege of following what feels correct. Everybody should do it".

Chris Martin also stated that the plan to make three more albums with the band "feels right for us".

“I think we’ll keep touring, and we’ll always be together as a group of musicians and friends", he revealed. “But I think the story of our albums ends then".