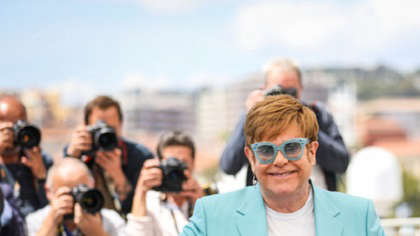 Arriving on October 22 via EMI Records "The Lockdown Sessions" consists of a series of collaborations between the Rocketman singer artists such as Eddie Vedder, Miley Cyrus, Dua Lipa, Lil Nas X among others.

Elton John started recording for this album 18 months ago, after his Farewell Tour had been postponed due to the pandemic.

"The last thing I expected to do"

“The last thing I expected to do during lockdown was make an album", the legendary singer said in a statement. “But, as the pandemic went on, one‐off projects kept cropping up".

The last thing I expected to do during lockdown was make an album but here it is. Thank you to everyone who came together to make it happen.

I can’t wait for you all to hear ‘The Lockdown Sessions’ when it’s released on 22 October, but for now, preorder it from today. pic.twitter.com/u8Qfvuk1Fk

“Some of the recording sessions had to be done remotely, via Zoom, which I’d obviously never done before", Elton John said of the project.

“Some of the sessions were recorded under very stringent safety regulations: working with another artist, but separated by glass screens" he continued. "But all the tracks I worked on were really interesting and diverse, stuff that was completely different to anything I’m known for, stuff that took me out of my comfort zone into completely new territory".

The Tiny Dancer singer said that making this album reminded him of when he used to work on music when he was a session musician.

“At the start of my career, in the late 60s, I worked as a session musician. Working with different artists during lockdown reminded me of that", he said.

He added that "The Lockdown Sessions" had led him to “come full circle: I was a session musician again". Adding that  "it was still a blast".