Adele Hopes To Tour "As Soon As Possible" 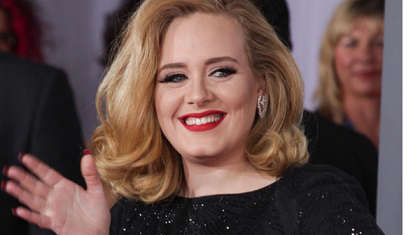 Adele has said that she hopes to go on tour "as soon as possible".

The singer said that she is "excited" to back releasing music again.

This comes after the Someone Like You singer released her comeback single "Easy On Me" last week, with her new album "30" set to arrive on November 12.

Adele revealed this during a 73 question interview with Vogue Magazine. This saw her answer quickfire questions, which included making a starkling revelation when stating her most valuable possession!

When asked about her plans for a tour, Adele said, "As soon as possible. I'm ready to go, really".

She also added, "It’s just up to Covid, so just keep on wearing your masks and don’t be spreading that Delta, and who knows".

The Chasing Pavements singer added that her favourite memory is when she moved back in with her mother when she was 21 years old.

"I was really falling apart and she lovingly put me back together", she said.

Adele also revealed that her most valuable possession is a framed piece of chewing gum which was chewed by singer Celine Dion whilst on stage.

She said, "James Corden, who is a friend of mine but also does Carpool Karaoke, which I did, he did it with her and knew how much of a fan of her I was".

"So he made her spit her gum into a piece of paper and he framed it for me and it’s my proudest possession".

Best advice? Adele had this to say. "The best advice that I ever got was to keep your heart safe and your music dangerous. And I live by that, so that would be my piece of advice".