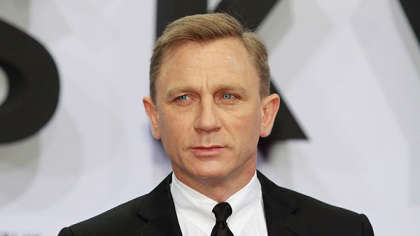 Speaking to the Guardian, one father said it was “fantastic” to receive such a donation, and is pleased Craig allowed them to publicise the news.

Three men fundraising for a national suicide prevention charity have received a donation from an unlikely sponsor. Actor Daniel Craig has donated £10,000 to the three fathers who trekked 300 miles in the hope of sparing other families the agony of losing a child.

Andy Airey, Mike Palmer and Tim Owen each lost their daughters Sophie, Beth and Emily to suicide. Having formed the Three Dads Walking fundraiser, the men will travel by foot between their homes in Cumbria, Greater Manchester and Norfolk, respectively, to raise money for the national suicide prevention charity, Papyrus.

Andy Airey, whose daughter Sophie took her own life in 2018, said: “As dads we have three different stories to tell, but each has the same tragic ending, the devastating loss of a daughter to suicide. Daniel Craig has clearly been moved by the indescribable pain we and our families are suffering and wants to help us to bring something positive out of the utter devastation of losing a child to suicide. We'd like to say a big thank you to Daniel and every single person who has supported us so far.”

Speaking to the Guardian, Mr Airey said it was “fantastic” to receive such a donation and pleased Craig allowed them to publicise the news.

“We found out about it yesterday morning, as Mike and Tim were travelling up to Cumbria – we were WhatsApping each other in a state of surprise. By the time they’d arrived, we’d got a note saying Daniel Craig was happy to have his name attached to it, which was just fantastic – it’s a very generous donation, but to actually have the person who’s the single most famous actor in the world at the moment being happy to help was just brilliant.”

In setting off Saturday morning, the trio aim to complete the challenge within 15 days, averaging 20 miles a day. Speaking over the phone following their first 14 miles, Airey said that the key mission behind the challenge is spreading awareness of suicide.

“The critical thing is to get people talking about suicide prevention and introducing them to Papyrus, because they are an organisation that can help young people equip themselves to deal with the darkest times in our lives. And so, by more people knowing about Papyrus, we will save lives.”

In a statement shared by Papyrus, Mike Palmer expresses that Three Dads Walking is not a club he wants to belong to, “but along with Andy and Tim it gives us, as fathers, an opportunity to fight back and maybe make a difference”.

In the UK and Ireland, Samaritans can be contacted on 116 123 or email jo@samaritans.org or jo@samaritans.ie. In the US, the National Suicide Prevention Lifeline is 1-800-273-8255. In Australia, the crisis support service Lifeline is 13 11 14. Other international helplines can be found at www.befrienders.org.