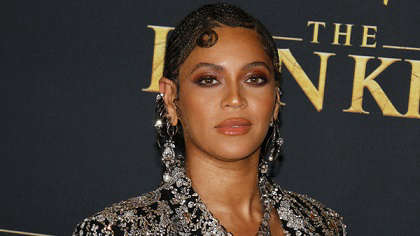 Beyoncé has shared a new song in the trailer for the forthcoming Serena and Venus Williams biopic. Watch the trailer and hear ‘Be Alive’.

Calling all single ladies, Beyoncé Knowles-Carter has shared a new track, Be Alive via the trailer of forthcoming biopic on Serena and Venus Williams’ father. King Richard, which stars the Fresh Prince himself - Will Smith, tells the story of the highly driven father to the tennis legends and sisters.

Announced for the soundtrack last month, Beyoncé raises the roof in this dramatic, piano-based track. The singer belts out strong lyrics such as, “Do you know how much we have pride? - How hard we have to try?”. You can hear epic track, Be Alive in the video trailer for King Richard below.

According to Warner Bros., King Richard presents Smith’s character as “an undeterred father” with a “relentless drive, and unapologetic vision to change the game”. [Richard is] “instrumental in raising two of the most extraordinarily gifted athletes of all time, who will end up changing the sport of tennis forever.”

Beconcé indicated that new music was on the horizon just last month, with the singer revealing she had been working on new solo music for the last 18 months. Thinking of her fans during the pandemic, (cough), Beyoncé said her new material will help fans find a sense of escape.

“With all the isolation and injustice over the past year, I think we are all ready to escape, travel, love, and laugh again. I feel a renaissance emerging, and I want to be part of nurturing that escape in any way possible. I’ve been in the studio for a year and a half. After 31 years, it feels just as exciting as it did when I was nine years old. Yes, the music is coming!”

Directed by Monsters And Men’, Reinaldo Marcus Green, the new biopic will land in cinemas next month.