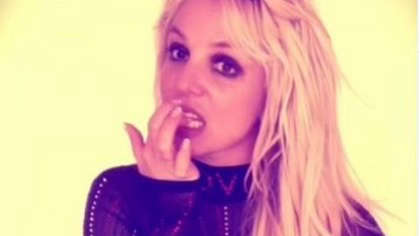 Britney Spears feels sister Jamie Lynn Spears has "turned her back on her" amid the pop star's ongoing conservatorship battle.

Britney Spears will still need time to forgive her younger sister, Jaimie Lynn, after the star said she felt “totally abandoned” amid the battle to end her 13-year-long conservatorship.

According to an exclusive E! News source, “Britney is very, very angry and hurt. She feels like Jamie Lynn totally abandoned her and let her down in the fight of her life. They were best friends and everything to each other for so long.”

The source has revealed that the pop star “asked for support, and feels like Jamie Lynn turned her back on her and couldn't be bothered”.

The news comes after Jamie Lynn announced on Monday that she is finally finished writing her memoir, Things I Should Have Said. Taking to her Instagram, Jaime she “felt a strong conviction to share my story but there was a lot of personal work and healing that had to happen before I could share my truth the proper way.”

Britney felt the need to retaliate to her younger sister’s post by mocking, “Psssssss also great news… I’m thinking of releasing a book next year but I'm having issues coming up with a title so maybe my fans could help !!!! Option #1 … 'Shit, I really don't know' Option #2 … 'I really care what people think.'”

The singer has previously opened up on her social media on feeling betrayed and exploited by members of her family. Back in July, Britney wrote in a post; “There's nothing worse than when the people closest to you who never showed up for you post things in regard to your situation whatever it may be and speak righteously for support. How dare the people you love the most say anything at all … did they even put a hand out to even lift me up at the TIME !!!??? How dare you make it public that NOW you CARE … did you put your hand out when I was drowning ????”

Officially suspending on September 29th, the conservatorship has been lifted and her father will no longer oversee her estate. This will hopefully be a hopeful turn of proceedings for the singer, going forward.