Fearne Cotton Quit BBC Because It Was "Ruining Her Mind" 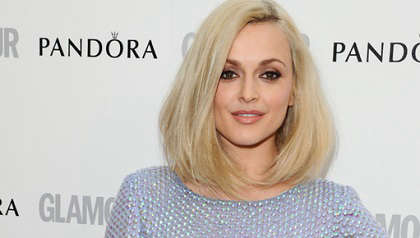 Presenter Fearne Cotton has said that she quit her role on BBC Radio 1 because it was having a negative impact on her mental health.

Departing the station in 2015, Cotton also left her role as co-host on Celebrity Juice.

Speaking to Red Magazine, Cotton said, “I had to walk away because it was literally ruining my mind".

She continued, “A lot of people still believe in this myth that people on TV or social media are these perfect people with perfect lives, and, of course, it’s all a load of b******s".

She added, “Let’s just connect on the most human level, because all fame does is create distance between you and real life. I don’t want to be disconnected from real life. I want to be in the thick of it".

Following her departure from Radio 1 in 2015, Cotton also said that she struggled to connect with an industry she had worked in for so long.

“I didn’t feel like I fitted in; I always felt like someone was about to slag me off", she revealed. “It gets really tiring and hurtful and I had to walk away because it was literally ruining my mind".

Jones said, “For me, I had no clue or understanding about any of that stuff and as a family, it’s been playing catch-up".

“I had found out Bootsy was going through her own sexuality situation and I could tell that was going on for a while and she was asking me questions about this, that and the other,” he said.

“Bootsy then worked out it wasn’t just a sexuality thing it was a gender thing and it was more and more about transitioning really. So now she has gone from Bootsy transitioning into Colby".

Cotton has also interviewed stars such as James Arthur and Anne Marie on her podcast.

Earlier this year, Cotton released her autobiography Speak Your Truth.

Speak Your Truth is about finding out what really feels right and true to you. It’s about speaking the words aloud that set you free yet at times remaining quiet to hold your ground. It’s about saying no when usually you say yes out of fear... https://t.co/Ynzz5wSBju pic.twitter.com/S6WKAIErCJ