Kenneth Branagh "Overwhelmed" By The Response Belfast Has Received 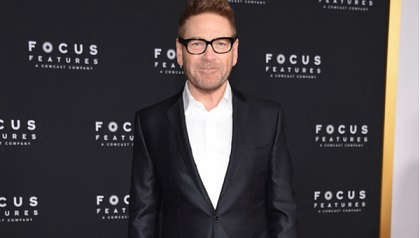 Belfast writer-director Kenneth Branagh has said that he has been left "overwhelmed" by the response that his film has received. He also said that "the universe seems to have paved the way for it".

This film sees nine year old Buddy face the possibility of saying his goodbyes to his native city that he loves, as the Troubles begin. This films stars Jamie Dornan, Catríona Balfe, Ciaran Hinds, Jude Hill and Judi Dench.

Branagh and Dench had already said in a separate interview that the film's emotional appeal is only felt when it hits the screens.

"I'm overwhelmed at the way the universe seems to have paved the way for it", Branagh said. "I wrote it not really knowing whether it would be made. I didn't go ahead with that until my brother and my sister had read it".

"Then, when they said yes, they were perfectly happy with it, I went into a Covid lockdown world trying to raise money for it with little or no hope that it would be made".

"And then, thanks to this one [Dench], who said yes straight away, suddenly there was her and me together - that helped", Branagh continued. "And then everything else, I think, with some challenges along the way, has been blessed with a certain kind of magic".

"Whether that's fate or not, I don't know. But what I do know is I'm very, very grateful for the opportunity".

Belfast is in screens.