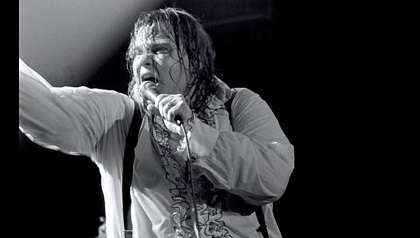 According to his official Facebook page, the singer whose real name is Marvin Lee Aday passed away yesterday (January 20). The cause of death has yet to be offically confirmed.

“Our hearts are broken to announce that the incomparable Meat Loaf passed away tonight with his wife Deborah by his side", the Facebook post reads. “Daughters Pearl and Amanda and close friends have been with him throughout the last 24 hours".

“His amazing career spanned 6 decades that saw him sell over 100 Million albums worldwide and star in over 65 movies, including Fight Club, Focus, Rocky Horror Picture Show and Wayne’s World. ‘Bat Out of Hell’ remains one of the top 10 selling albums of all time".

The message also added, “We know how much he meant to so many of you and we truly appreciate all of the love and support as we move through this time of grief in losing such an inspiring artist and beautiful man".

“We thank you for your understanding of our need for privacy at this time. From his heart to your souls…don’t ever stop rocking!”.

Several household names have paid special tributes to the late singer. Check them out below.

I hope paradise is as you remember it from the dashboard light, Meat Loaf. Had a fun time performing a sketch with him on Saturday Live way back in the last century - https://t.co/RxoH36OYHw

RIP Meatloaf. Thanks for being brilliant. https://t.co/TipvEXCP3j

RIP Meat Loaf, 74.
One of rock music’s all-time great characters whose seminal iconic album Bat Out Of Hell is one of the biggest-selling records in history.
A wondrously talented, flamboyant, funny, outrageous and rebellious chameleon. Sad news. pic.twitter.com/J0UNQgGahn

His 1993 track "I'd Do Anything For Love (But I Won't Do That)" also earned Meatloaf a Grammy Award for Best Rock Performance.