Lena Dunham Talks About Her Recovery From Drug Addiction 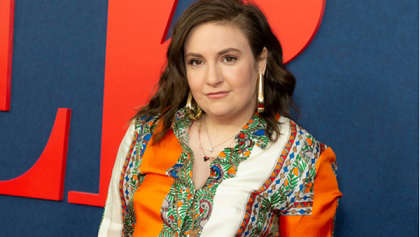 Lena Dunham has spoken about her recovery from drug addiction, revealing that coming off the anxiety drug Klonopin was "the hardest" thing she has ever experienced in her life.

The actor and writer was intially prescribed the drug when she was 12 years old, before becoming increasingly dependant on it, especially during the last series of Girls. Dunham compared this period to a "50 car pile up".

“Those images of me at the last Girls premiere, skinny and hollow-eyed, that was 100 per cent my appetite and my body just shutting down in response to that", she told the Hollywood Reporter.

At this point back in 2017, Lena Dunham had also faced criticism for defending Girls executive Murray Miller who had been accused of raping actor Aurora Perrineau. Miller had always denied these allegations.

Dunham later apologised for defending Miller, admitting she lied in claiming that she had "insider information" regarding the allegations, in order to discredit Perrineau.

She checked into rehab in 2018 for addiction to benzodiazepines, specificially Klonopin. She also underwent a hysterectomy to ease the pain of endometriosis.

She also broke up with her long term partner Jack Atonoff, and ended her partenership Girls showrunner Jenni Konner.

Klonopin is a sedative drug, often used to treat certain seizure issues, along with insomnia and anxiety.

"been through a lot of hard things"

Lena Dunham has since detailed the "hardest" experience of her life in recovering from addiction.

“I’ve been through a lot of hard things in my adulthood", she said. “Getting off Klonopin was probably the hardest".

She continued, “If I know that I’m a person who can go too far in a time of psychological stress, then why not eliminate that possibility?”.

Recently, Lena Dunhma directed her first film in over a decade Sharp Stick, which tells the story of a young woman who undergoes a hysterectomy aged 17.

The film is to premiere at the Sundance Film Festival tomorrow (January 22).