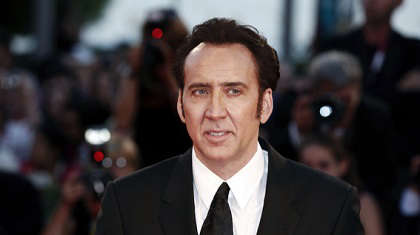 Nicolas Cage has said that he will not watch a film where he plays himself. He called the idea "too bizarre".

Cage is due to star as himself in the upcoming film The Unbearable Weight of Massive Talent. This is due for release in April 2022.  For this movie, Cage will portray himself as agrees to make a paid appearance at the birthday party of a billionaire superfan.

However, it turns out he is a CIA informant and the billionaire superfan is a major drug lord.

How I Met Your Mother's Neil Patrick Harris will co-star in this film, alongside Pedro Pascal, Tiffany Hadish and Sharon Horgan.

“I will never see this movie", Cage said. “I’m told it’s a good movie. I’m told people love it and are enjoying the ride, but I made that for the audience".

“It’s too much for me to go to the premiere and sit there with everybody", Cage continued. "Psychologically, that’s too bizarre and whacked out for me".

“They felt at one point that it was lightning in a bottle, but that point has since faded into the distance and it’s no longer relevant", Cage said.