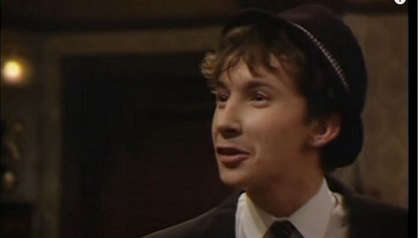 British actor Patrick Murray has revealed that he is "cured" of cancer, announcing that the cancerous tumour in his liver is shrinking.

Murray who played Mickey Pearce in the lovable sitcom Only Fools and Horses between 1983 and 2003, announced the news of his cancer back in January.

Along with lung cancer, the actor also revealed that another tumour was found in his liver, but assured people that it was treatable and unconnected to his lungs.

Murray also said that he underwent a transcatheter arterial chemoembolization (Tace), which was performed in interventional radiology, restricting the blood supply for the tumour.

"Thanks again for all your lovely messages. As you may know, I was diagnosed with lung cancer last July", Murray tweeted in his recent health update. "After an op in Oct to remove the tumour I had chemo to help prevent the cancer returning. During this chemo, another tumour was discovered in my liver".

"Luckily for me this cancer was unconnected to the lung cancer and was also treatable. I had a procedure called Tace to deal with this".

"Last Friday l saw my oncologist. She told me the lung cancer was cured and that the tumour in my liver was shrinking".

"It’s not over yet, but as you can imagine I am over the moon with this latest news".

Murray also added that he hopes to attend the Only Fools and Horses fans convention next year.

"Thanks to the brilliant doctors and nurses of our NHS, I will hopefully I be there, at next years convention", he wrote.