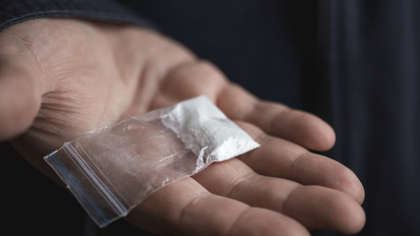 Cork Gardaí seized cocaine with an estimated value of €140,000 on Monday night.

With Cork city divisional drugs unit and the district drugs unit attached to Anglesea Street working together as part of Operation Tara, Gardaí engaged a car travelling on the M8 motorway at Glenmire at approximately 11.25pm.

The driver of the car, a man in his thirties, threw a bag filled with cocaine from the vehicle as he attempted to evade Gardaí, who eventually forced him to stop.

"The driver of the suspect vehicle attempted to evade Gardaí and was observed discarding of a plastic bag by throwing it onto the central median grass verge of the roadway," said a Garda spokesperson. "The suspect vehicle then made contact with an official Garda vehicle and came to a halt. No injuries were reported."

The driver was arrested and taken to Mayfield Garda station, where he remains in custody under Section 2 of the Criminal Justice (Drug Trafficking) Act, 1996.

The investigation is ongoing.