ABBA Sail Into No. 2 On Billboard Charts With Voyage - Dominates Irish Charts 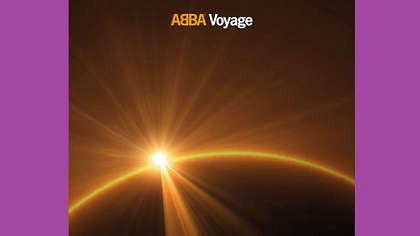 Pop legends ABBA earn their highest charting album ever on the Billboard 200, and dominate the Official Irish Chart scene with the fastest selling album of 2021

ABBA’s latest album has seen the band soar higher than ever before as it now sits 2nd on the Billboard 200. Released on November 5th, 2021, Voyage is the quartet’s first new studio album since their 1982 hit album, The Visitors.

The most popular albums of the week in the US are ranked on the Billboard 200 based upon multi-metric consumption as measured in equivalent album units. Each unit equals one album sale, or 10 individual tracks sold from an album, or 3,750 ad-supported or 1,250 paid/subscription on-demand official audio and video streams generated by songs from an album.

The new album is sitting atop of both Billboard’s Top Album Sales and Vinyl Album charts, with sales boosted through the availability of a range of variants of the album. According to Billboard, “While the audio contents across the editions are identical (all contain the album’s standard 10 tracks), there were eight vinyl LPs (a standard black LP, two picture discs and five additional colour variants), six cassettes (a standard edition, plus five with alternative cover art) and multiple CD variants (a standard edition, two boxed sets and a number of editions with alternative cover art)”.

The disco-pop group’s latest creation scored even higher on the Irish Charts scene, debuting at number 1 on the Official Chart. ABBA can celebrate a full domination of this week’s Official Irish Album Chart with GOLD reaching number 6, and three tracks from Voyage to dominate the singles. Don’t Shut Me Down comes in at number 39, When You Danced With Me reached 43, and I Still Have Faith In You sits within the top 50 at 47.