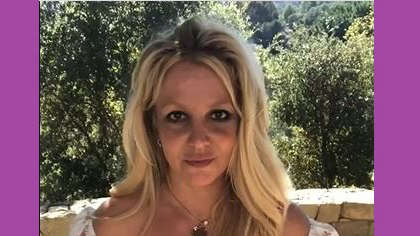 The singer says in a new post that, although being free from the conservatorship is "really nice," she does not consider herself a victim.

Britney Spears has taken to social media to open up on the conclusion of her conservatorship with her dad, Jamie Spears, and answer questions on her newfound freedom.

“Well let’s see, I’ve been in the conservatorship for 13 years,” said Spears, speaking directly to the camera. “It’s really a long time to be in a situation you don’t want to be in. So, I’m just grateful honestly for each day and being able to have the keys to my car, being able to be independent and feel like a woman, and owning an ATM card, seeing cash for the first time, being able to buy candles. It’s the little things for us women but it makes a huge difference.”

Although being free from the conservatorship is “really nice”, the singer does not consider herself a victim. Britney went on to say she “I lived with victims my whole life as a child, that’s why I got out of my house and I worked for 20 years, worked my ass off. I’m here to be an advocate for people with real disabilities and real illnesses. I’m a very strong woman, so I can only imagine what the system has done to those people.”

Britney said she hopes that her story can help “make some changes” in this “corrupt system”, before addressing the #FreeBritney movement. “You guys rock. Honestly, my voice was muted and threatened for so long and I wasn’t able to speak up or say anything and because of you guys, and the awareness of kind of knowing what was going on, and delivering that news to the public for so long, you gave an awareness to all of them and because of you, I honestly think you guys saved my life in a way, 100 percent.”

Within the below post, Britney hints at reaching out “and set things square on @Oprah 🤔😜”, although no reports have confirmed this. The singer also vented on the “embarrassing” of not having responsibility over her own life, not permitted to drive her car, or make her own purchases. Spears claims those who put her through this “should all be in jail” for this “demoralizing and degrading” conservatorship. “Yes, including my church going mother,” Spears added.

First placed under the conservatorship in 2008, Britney saw her father exercise control over her finances and personal decisions. Los Angeles County Superior Court judge, Brenda Penny, terminated the conservatorship on Friday. Previously testifying on how she felt the arrangement was abusive, Britney has also vocally declared to “sue” her family and hired attorney Mathew Rosengart.