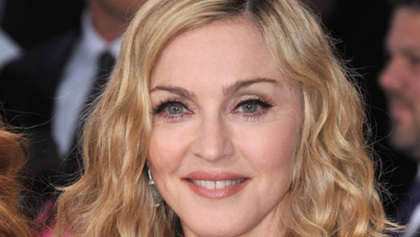 Madonna has announced a new documentary "Madame X". You can check out the trailer below.

The film will be available to stream from October 8, via Paramount+. The film will explore the singer's recent "Madame X" Tour which supported her 14th studio album of the same name.

The documentary will include footage from that 2019/20 tour. It will also contain shots of the 48 on stage performers, including Madonna's children along with dancers and musicians from around the globe. It will also feature the all female Orquestra Batukadeiras.

Madonna herself directed the orginal "Madame X" Tour. Jamie King was executive producer, while Megan Lawson was lead choreographer and co-directed with Madonna.

This tour included 12 nights at the London Palladium in February 2020.

"There's only one Madonna"

Paramount+ shared their delight in announcing the news of Madonna's concert film.

"There's only one Madonna", they tweeted. "Are you ready for Madame X? Stream the new concert documentary on October 8, only on #ParamountPlus".

There's only one Madonna. Are you ready for Madame X? Stream the new concert documentary on October 8, only on #ParamountPlus. pic.twitter.com/4N0zG6jKxe

Speaking on the concert film in a press release, Madonna had this to say.

“Sharing my vision with global audiences has been profoundly meaningful to me", she said.  “The opportunity to bring its message and the incandescent artistry of all involved to an even wider audience comes at a time when music is so deeply needed to remind us of the sacred bond of our shared humanity".