Ben Affleck Opens Up On His New Romance For First Time 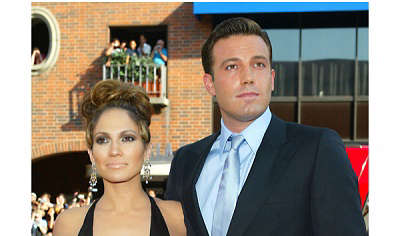 The actor has finally opened up about reviving relationship with Jennifer Lopez, and he is smitten!

Hollywood lovebirds, Jennifer Lopez and Ben Affleck have been the talk of the town ever since news broke of their rekindled romance. Now for the first time since their reconnection, the man himself has finally revealed his thoughts on how he has been doing since the actor got back with his old flame.

While attending the premiere of The Tender Bar this weekend, Ben hit the red carpet on his own but could not stop gushing about his newfound life.

Speaking to Extra, he revealed: “I'm very happy. It is a very happy time in my life. Life is good. I love this movie, and The Last Duel, October 15, which I am really proud of.”

The 49-year-old stars in George Clooney’s directorial, playing a bar owner who aids his nephew as he seeks a father figure in his life.

Speaking of his time on the movie, Ben revealed working for George “was a real treat, so it's a time in my career that is surprisingly kind of fruitful… I kind of lucked into this… Very grateful, so yes, I am happy.”

Daredevil and his new flame, Lets Get Loud singer Jen, have been flaunting around town since news broke of their rekindled relationship, attending all sorts of glitzy nights. Their public debut as a couple came last month at the Venice Film Festival, wowing fans everywhere with their incredible appearance together.

Jen wore a stunning white gown with bold embellished detailing by Georges Hobeika and paired it with Jimmy Choo heels and gorgeous jewellery by Cartier.

Posing together, the lovebirds also held each other close and, at one point, kissed for the cameras. Ben and Jen were previously engaged in 2002, and also appeared in Gigli together, while actor featured in his then-girlfriend's official music video for Jenny from the Block.

However, they ended their romance in early 2004 due to excessive media attention. Hopefully all will end well this time, especially as the relationship looks like everything's sailing along quite smoothly now!