Daniel Craig To Get Star On Hollywood Walk Of Fame 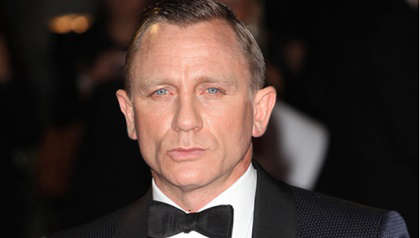 Actor Daniel Craig will become the latest name to be honoured with a star on the Hollywood Hall of Fame.

The retiring James Bond actor becomes the 2,704th name to be immortalised at the Los Angeles Tourist Attraction. Craig's star will be dedicated at a cermony on October 6, according to the Hollywood Chamber of Commerce.

That ceremony takes place the day before the latest Bond thriller No Time To Die hits cinemas in the USA. This will see Craig portraying the 007 Agent for the final time.

The star will also be placed at 7007 Hollywood Boulevard which is a nod towards the famous Bond agent code name. It will be placed alongside another famous Bond star Roger Moore.

Daniel Craig will be getting a Hollywood Walk of Fame star on October 6th! #NoTimeToDie pic.twitter.com/Z6Y0qmq8mZ

"Daniel Craig is a British cultural icon as is James Bond, the man he has portrayed in five 007 films", Martinez said.

"We are thrilled to place his terrazzo Walk of Fame star next to the star of another famed actor who also portrayed James Bond, Roger Moore", she added. "Fans will be thrilled when they see that their stars are appropriately located at 7007 Hollywood Boulevard!".