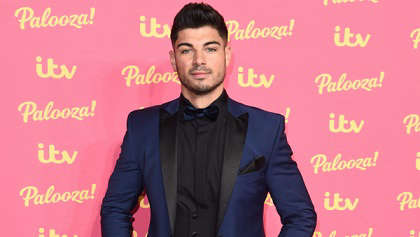 Love Island's Anton Danyluk has been reportedly "axed" from reality television show Ex On The Beach.

The former Love Island contestant has been allegedly axed from the latest series of the show, after his former partners refused to take part in the show to confront him.

It was also reported that Anton had already arrived in Tenerife. He then entered quarantine for three days, before being informed that he was surplus to requirements.

"Anton flew out to Tenerife, quarantined for three days and was then told he wouldn't be going onto the show and flow home again. They couldn't get any of his exes to confront him on the show, and that's the whole point! It's a pity but they hope he can join another series", a source said.

It was also reported that Anton's exes pulled out of the show at the last minute.

During his time on Love Island, Anton dated Belle Hassan, but they both split up, following the show's conclusion.

"One of Anton's exes has already dropped out of filming because she's got a new boyfriend and doesn't want to be away from him", a source also added.