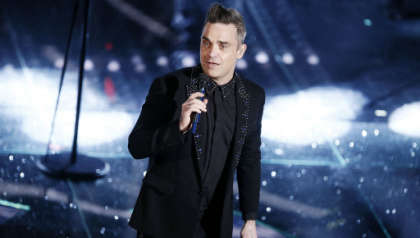 Robbie Williams has defended his upcoming performance at the Qatar World Cup.

The former Take That singer came under fire for his decision to accept the Qatar invitation, along with a range of celebrities including former England captain David Beckham.

Such celebrities have been criticised by names like Richard Madeley, who spoke out, criticising Williams and others for attending Qatar. FIFA has also come under fire for hosting the tournament in Qatar, despite its human rights issues.

According to reports, 6,500 works have died in the construction of the Khalifa Stadium, while homosexuality is still illegal in the country.

Regarding the likes of Williams, Madeley also added, “Major stars like Robbie Williams have significant influence and we’d like to see him using this concert to publicly address the topic of Qatar’s poor human rights record, especially widespread labour abuses and the ­criminalisation of LGBTI people".

Robbie Williams has broken his silence to defend his upcoming performance at the World Cup.

Refrencing to China's equally poor human rights, Williams said, “Anybody leaving messages saying ‘no to Qatar’ are doing so on Chinese technology".

Williams even argued that refusing to go to Qatar would be "hypocritical" on his part.

“I also think that change will take a long time,” he stated. “What we’re saying is: ‘You behave like us, or we will annex you from society. Behave like us, because we’ve got it right’.”

“I don’t condone any abuses of human rights anywhere,” Williams insisted. “But, that being said, if we’re not condoning human rights abuses anywhere, then it would be the shortest tour the world has ever known: I wouldn’t even be able to perform in my own kitchen”.

Robbie Williams is set to perform on December 8 at Doha Golf Club. The World Cup kicks off in Qatar on November 20.