The Crown and The Mandalorian Lead This Year's Emmy Nominations 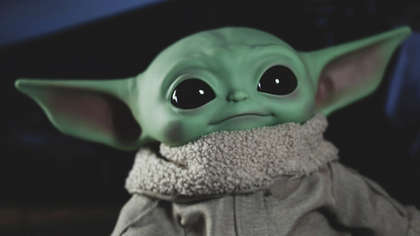 The nominations for the 73rd Emmy Awards have been announced.

The reveal on Tuesday was hosted by father-daughter duo Ron Cephas Jones and Jasmine Cephas Jones, who have both won Emmys themselves for respective shows This Is Us and #FreeRayShawn.

Leading the nominations with no less than 24 nods each were Netflix's The Crown and Disney+'s The Mandalorian. Despite having just been cancelled by HBO, Lovecraft Country racked up 18 nominations. Also scoring heavily were The Handmaid's Tale, Ted Lasso and Wandavision.

Star Wars spinoff The Mandalorian has been the flagship show for the Disney+ streaming service. While most of its 24 nominations are in technical categories, it's also up for Oustanding Drama Series, with acting nods for Giancarlo Esposito, Carl Weathers and Timothy Olyphant. Showrunner Jon Favreau is recognized with nominations for Outstanding Directing for a Drama Series and Outstanding Writing for a Drama Series along with co-writer Dave Filoni. Last year the show scooped seven Emmys, including the music and special visual effects categories.

Disney+ can celebrate further with 23 nominations for Wandavision, a small screen spinoff from the blockbusting Marvel Cinematic Universe. Along with a host of technical nominations, actors Paul Bettany, Elisabneth Olsen and Kathryn Hahn have been recognised. Another of Disney+'s MCU shows, The Falcon and the Winter Soldier, received five nominations, including one for actor Don Cheadle.

Nine nominations were hand to British show I May Destroy You, with the show's star and creator Michael Coel recognised in both the acting and writing categories. Earlier this year Coel picked up two BAFTAs for Best Mini-Series and Best Leading Actress.

The biggest surprise snubs this year were the failure to recognize Nicole Kidman's performance in The Undoing and zero nominations for Steve McQueen's widely acclaimed anthology series Small Axe.

History was made with MJ Rodriguez becoming the first transgender actor to receive a Best Actress nomination. Recognised for her work on show The Pose, Rodriguez is the third trans performer to receive an acting nomination, following Rain Valdez and Laverne Cox. This year the Emmys are introducing a rule change to allow for inclusivity of gender-noncomforming talent. Nominees or winners of acting categories can now request that "actor" or "actress" be replaced with the gender-neutral "performer" on their nomination certificate or award statuette.

This year's Emmy awards ceremony will take place on Sunday, September 19th and will be hosted by Cedric the Entertainer. After last year's virtual show, this year's edition will feature a limited live audience.