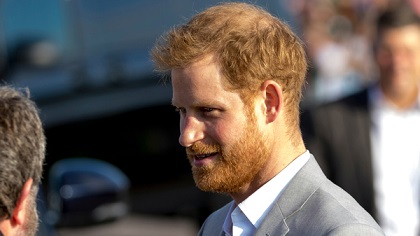 “Bosses have incredibly high standards when it comes to the actors they hire. So, any wannabe cast member already has to tick a long line of boxes. But with the role of young Harry, they wanted another crucial box ticking."

Top brass from hit series, The Crown are finding it “incredibly difficult” to find an actor to portray a young Prince Harry. According to The Sun, bosses are considering dyeing a child actor’s hair because of a shortage of redheaded actors.

Young Prince Philip makes his appearance in the hit Netflix drama in the much awaited, upcoming fifth season. The series will be covering the years 1990 to 1997, depicting the young Prince from the ages of 6 to 13.

The insider claims “bosses have incredibly high standards when it comes to the actors they hire. So, any wannabe cast member already has to tick a long line of boxes. But with the role of young Harry, they wanted another crucial box ticking.

“That's proved incredibly difficult, but they're determined to cast the right actor and are considering taking any steps necessary to make him look the part.”

In the previous fourth series, Harry was portrayed by Arran Tinker, albeit only a brief time, with Emma Corrin and Josh O'Connor cast as Princess Diana and Prince Charles, respectively.

The Crown is set to start filming its hotly anticipated fifth series in July with the all-new cast arriving to shoot scenes for the hit Netflix drama. According to Variety, crew are already starting to return to Elstree Studios in preparation for when filming takes place.

For the next instalment of the historical drama, Elizabeth Debicki will be taking on the role of the Lady Di, with Dominic West portraying Charles. Helena Bonham Carter will be replaced this season by Lesley Manville, 64, who is set to portray Princess Margaret, while 73-year-old Jonathan Pryce will take the role of Prince Philip.

Although the filming of season 5 will already be under strict Covid rules, some measures are already changing in the UK, with hopes of further easing of restrictions throughout the summer. Some personal history of the Royal Family will be re-enacted in the final two series of the drama. Although the show will cover historical moments throughout the 1990s and into 2003, it is not yet known which moments will be portrayed.

There are several poignant moments which could be used, including the Queen making a speech on her 40th anniversary of her accession in 1992, and the breakdown of three of her children's marriages; Prince Andrew, Princess Anne's and Prince Charles.

Other notable events during the time period included a fire at Windsor Castle, her golden wedding anniversary in 1997, and the deaths of Princess Margaret, the Queen Mother, and Diana the Princess of Wales.