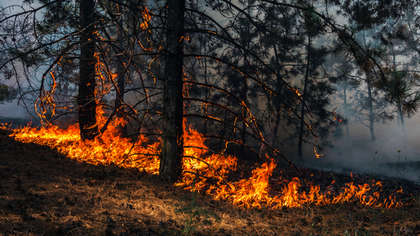 A new survey has found that the majority of Irish people are opposed to climate action measures that would affect them financially.

The results of the opinion poll by Irish Times/Ipsos MRBI will worry a government seeking to introduce many new measures in the fight against climate change.

Respondents were quizzed on a series of potential or planned climate action proposals. Many of the measures drew strong opposition from respondents.

82% said they would be opposed to "higher taxes on energy and fuel, eg electricity, gas, petrol, diesel."

72% were against "making it more expensive to buy petrol and diesel cars."

69% reacted negatively to the suggestion of "higher property taxes for homes that are not energy efficient."

60% opposed reducing the size of the national herd.

53% were against higher taxes on air travel.

There was an almost even split regarding a ban on "burning smoky fuels like coal and peat," with 45% for and 49% against.

One measure that provoked a strong positive response was "allowing more land to be used for wind energy/turbines," with 68% in favour.

1,200 adults were polled at 120 sampling points covering all constituencies.