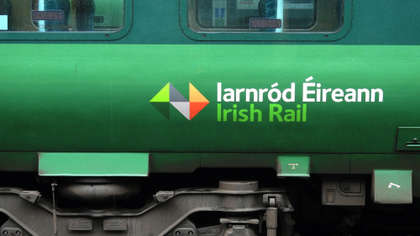 Locals have expressed their concerns regarding the proposed removal of a level crossing in County Limerick.

Residents of Effin are worried it will have a negative impact on road safety on the R515 to Charleville Road.

Fine Gael TD and Minister Patrick O’Donovan arranged a meeting on Tuesday between Irish Rail and representatives of Effin residents.

"We had a very constructive meeting with Irish Rail and representatives of residents in Effin, and afterwards I made a written submission myself to An Bord Pleanála," O'Donovan said after the meeting. "I know that the biggest concerns that relate to the removal of the Thomastown level crossing stem from concerns that the residents have in relation to road safety on the R515 Kilmallock to Charleville Road, and it is so important that the residents are listened to. These are the people who use the road daily, and their views are the most important."

"I also made it very clear that in relation to the removal of other crossings, and this would include Fantstown and others, Irish Rail must listen to, and respect the local community," he continued. "The railway has been there for the best part of two hundred years, through the Great Southern and Western Railway, CIÉ and now Irish Rail and in that time these crossings have been part of these communities. These communities throughout their relationship with the railway have asked for very little, so asking for this now, is the least Irish Rail could give back after so long. These are one hundred year investments and they should be made."

O'Donovan and the residents believe the meeting with Irish Rail was positive. The minister thanked his colleagues Councillors Gerald Mitchell and John Egan for their work on the issue.

"An Bord Pleanála will make the final decision here, however it is important that both Irish Rail and Limerick City and County Council know the feelings of the locals in this part of South Limerick," O'Donovan said. "For long enough these crossings have essentially divided areas and we want to make sure that their removal is done in a way that brings people together. My grandparents were level crossing keepers so I know a bit about railways, so I am anxious that Irish Rail do the right thing here in this area, that they listen to the locals, that they understand the views of people like myself and that they make this one off investment. In the scale of things, the size of the investment here that I am calling for, from Irish Rail, is miniscule from their overall budget. It is the right thing to do, and I believe after our meeting that they know this as well."