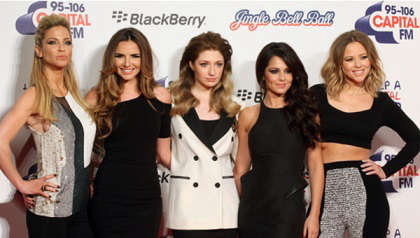 Nadine Coyle and Nicola Roberts have paid emotional tributes to their Girls Aloud bandmate Sarah Harding after her death was confirmed yesterday.

Sarah Harding sadly passed away with breat cancer, having been diagnosed earlier this year.

Her mother Marie confirmed the news. “I know she won’t want to be remembered for her fight against this terrible disease – she was a bright shining star and I hope that’s how she can be remembered instead", she wrote.

Sarah Harding was part of the pop group Girls Aloud, along with Roberts, Coyle along with Cheryl Cole and Kimberly Walsh. Following a string of hits, the band split up in 2013. The band had formed through the TV talent show: Pop Stars: The Rivals in 2002.

The shows director Pete Waterman hailed Harding as a  "an excitable, young kid".

He added, "She was typical of what it was all about – excitement, just real enthusiasm".

Harding went on to release her solo record "Threads" in 2015. She also dipped her toe into the world of acting, playing a cameo role in soap Coronation Street. She also featured in a number of TV game shows and reality TV programmes. She went on to win Celebrity Big Brother in 2017.

Taking to Instagram, Nadine Coyle said she was "absolutely davastated" over the news, adding  “I can’t think of words that could possibly express how I feel about this girl & what she means to me!!”.

She continued, “I know so many of you will be feeling this way. For now I’m sending so much love to you!!!”.

“I’m absolutely devastated and I can’t accept that this day has come", Roberts also added via Instagram.

She added, “My heart is aching and all day everything we went through together has raced round my mind. Especially this last year since her diagnosis, as hard as the year has been, our new memories are strong in my heart. There are so many things to say and at first it felt to personal to put them here and then I remembered that there are so many other people grieving her too. A part of me or us isn’t here anymore and it’s unthinkable and painful and utterly cruel. She would have loved your messages today".

"You made us" Roberts concluded. “You gave it everything and still with a smile. A white butterfly flew past my window this morning before I knew, it must have been you".