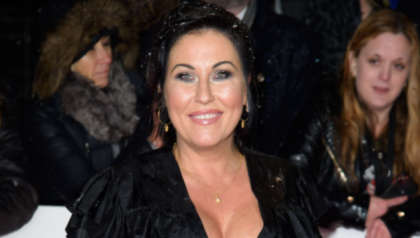 EastEnders actor Jessie Wallace has been warned by the BBC regarding her future conduct after she was arrested over the weekend.

Wallace who plays Kat Slater in the British soap, was arrested for assaulting a police officer and for drunk and disorderly conduct in the early hours of Sunday morning last.

Jessie Wallace was subsequently released without charge, however the BBC have issued the actress with a "clear warning that this kind of behaviour is unacceptable".

Wallace has "expressed her deep regret" following the incident.

"Senior bosses have spoken to Jessie Wallace about the incident and issued a clear warning that this kind of behaviour is unacceptable and Jessie has expressed her deep regret", a BBC spokesperson said in a statement.

A Suffolk Police spokesperson also added, "A 50-year-old woman was arrested early on Sunday morning in St Andrew’s Street, Bury St Edmunds, on suspicion of assaulting a police officer/drunk and disorderly conduct and was released without charge after receiving a conditional caution".

Jessie Wallace has starred as Kat Slater on the BBC soap on and off since 2000.