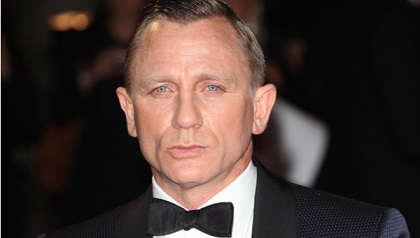 James Bond actor Daniel Craig has admitted that comments he made in 2015 that he would rather "slash his wrists" than play the suave 007 Agent again were "ungrateful". Craig is due to retire his licence to kill after the release of the highly anticipated No Time To Die this month.

Craig had made these comments after he had just finished filming the 2015 Bond thriller Spectre. Craig did insist that the remarks were meant as a joke. He had also broken his leg while filming.

"To be completely honest"

Speaking to Radio Times, Craig said "To be completely honest, I was thinking: I don’t know if I can do another one of these".

"I finished filming Spectre with a broken leg".

"To your point about being in my 50s now, I thought, ‘Do I have this in me? Do I want to go through all of this?’ I needed a break", he continued. "But a little more skill in the answer might have been better".

"I was joking, but it came across as ungrateful".

"That was our fault"

The long time producer of the Bond franchise Barbara Broccoli defended Craig regarding his previous comments.

"That was our fault", Broccoli said. "It had been a long shoot. He’d had an injury. And then we said, ‘Why don’t you just do a week of press at the end of the shoot?".

"This would be like saying to somebody, when they’ve run a marathon, as they cross the finish line, ‘When are you running your next one?’ It was our fault", the producer added.

No Time To Die premieres at the Royal Albert Hall on September 28. It will be released in Ireland and the UK on September 30.

The wait is over. The final international trailer for #NoTimeToDie. In cinemas from September 30. pic.twitter.com/ld26viOcD6

Following confirmation that No Time To Die would see Daniel Craig portray James Bond for the last time, speculation has continued to circulate over who would replace the British actor.

There was even speculation that the role could be filled by an actress or a person of colour.

When asked bout this, Daniel Craig has this to say.

"The answer to that is very simple", he said. "There should simply be better parts for women and actors of colour".

"Why should a woman play James Bond when there should be a part just as good as James Bond, but for a woman?".