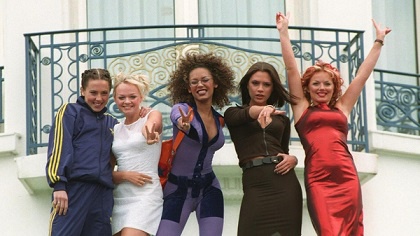 Emma Bunton has seemingly confirmed that the Spice Girls will hit the road once again after coronavirus restrictions are lifted.

The most successful girl group of all time is set to tour again, once COVID-19 restrictions come to an end. Baby Spice, Emma Bunton has poured fuel on the fire as she claims the Spice Girls will be back soon.

Ginger (Geri Horner), Sporty (Mel C), Scary (Mel B), and Baby (Emma) previously embarked on a reunion tour in 2019, minus Posh Spice, Victoria Beckham. The Wannabe hitmakers had already begun to plan a second tour before the coronavirus pandemic put a stop to all craic.

However, recent interviews suggest Emma is “dying” to get back on stage, with the singer “sure” the group will tour again, once it is safe to do so. Speaking to Chris Moyles on Radio X, the What Took You So Long singer revealed some interesting news about the band’s return.

“We started talking about maybe doing some more and then locked out happened, which is such a shame. I'm dying to do it again. I'm waiting to see what's going on in the world. You can't book anything yet, so we're waiting for that moment, but I'm sure that will happen when we can!”

Sporty Spice, Mel C admitted back in January that the Spice Girls were already planning to celebrate the 25th anniversary of their debut single, Wannabe. The hugely popular track released in July ’96 and the group had planned to perform later in the year. However, plans to mark the milestone were put on hold when the global health crisis forced them to rethink their plans.

“It’s high on the agenda for us girls,” revealed Mel C. “I mean, since we did the tour in 2019, I have just been like, ‘more shows, more shows!’ And, you know, obviously that isn’t something that’s gonna happen this year, sadly. So, again, a big old rethink.

“We are working on some ideas. I can’t give too much away … but we definitely wanna celebrate and really acknowledge 25 years. It’s insane. We’re so proud of our legacy,” Mel declared. “So, we do want to celebrate it in the best way that we can.”

When the Stop Right Now singers do appear on the calendar again, mobile phones could be banned from being used in the venues. Emma previously stated that she does not think fans living in the moment with a phone glued to their hand. The singer feels that when they see their favourite artists perform nowadays, they are too busy taking photos or filming.

“Our first [Spice Girls] tour was incredible, and I remember looking out and seeing faces and now you look out and just see phones. I think that ‘I really hope you’re taking it in’.”