The Crown Rules at the Emmy Awards 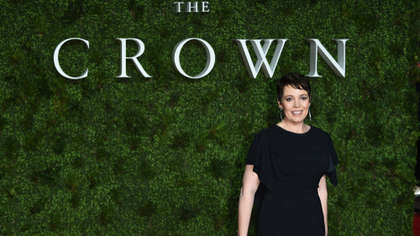 The star-studded awards show returned to Los Angeles after last year's ceremony was forced to go remote due to the pandemic. A ceremony was also held in London to accommodate the many British nominees at this year's event.

The Crown scooped the award for Best Drama, with Olivia Colman and Josh O'Connor recognised for their portrayals of the Queen and Prince Charles in the most recent season of the acclaimed show.

Colman played the Queen in the third and fourth season of the show, and will be replaced by Imelda Staunton in the upcoming fifth season. Colman took the role over from Claire Foy, who picked up an award for Guest Actress last night.

"What a lovely end to the most extraordinary journey with this lovely family," Colman said upon accepting her award. "I loved every second of it and I can't wait to see what happens next."

The actress used the opportunity to pay tribute to her father, who passed away during the pandemic.

"I wish my dad was here to see this," she said. "I lost my daddy during COVID and he would have loved all of this."

Actress Emma Corrin was nominated for her portrayal of Princess Diana, but failed to win on the night. Josh O'Connor thanked Corrin during his speech, describing the young actress as a "force of nature."

The Crown picked up further wins in the Supporting Actor and Supporting Actress categories with Tobias Menzies and Gillian Anderson winning for their roles as the Duke of Edinburgh and Margaret Thatcher. Director Jessica Hobbs and writer Peter Morgan were also awarded for their work on the show.

Rising star Michael Coel won for her writing on the acclaimed show I May Destroy You, in which she stars as a victim of sexual abuse. Coel used her speech to encourage writers to tackle tough subjects.

"Write the tale that scares you, that makes you feel uncertain, that isn't comfortable - I dare you," she said.

On a lighter note, football sitcom Ted Lasso picked up the Best Comedy award, with its leading man Jason Sudeikis awarded with Best Comedy Actor for his portrayal of the loveable footy coach. The show's stars Hannah Waddingham and Brett Goldstein were named Best Supporting Actress and Best Supporting Actor in the Comedy category. Veteran star Jean Smart won the Best Comedy Actress award for her role in Hacks, which also won a Writing award in the Comedy category.

Best Limited Series went to Netflix's chess drama The Queen's Gambit, which also saw director Scott Frank awarded for his work on the series. The show was back in the news last week with former Soviet chess player Nona Gaprindashvili suing Netflix over their portrayal of her in the show. The show portrayed Gaprindashvili as never having competed against male players, which the Georgian chess wiz pointed out wasn't the case.

Kate Winslet won the award for Best Actress in a Limited Series for her lauded role in gritty crime thriller Mare of Easttown, beating tough competition from Anya Taylor-Joy, Elizabeth Olsen, Michael Coel and Cynthia Erivo. Winslet thanked the show's writer for creating a "middle-aged, imperfect, flawed mother" for her to play. Mare of Easttown also picked up awards for Julianne Nicholson and Evan Peters in the Supporting Actress and Supporting Actor categories.

Best Actor in a Limited Series went to Ewan McGregor for his role as fashion designer Halston in the mini-series of the same name.

The Governor's Award – the Emmy's lifetime achievement award – went to actress, dancer and choreographer Debbie Allen. She became the first black woman to receive the honour.