Bus Hijacked and Set Alight in Co. Down 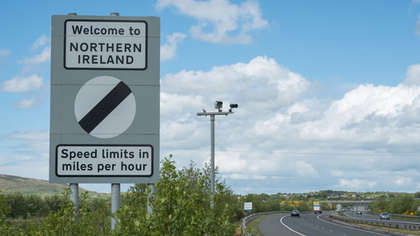 A bus was set alight after being hijacked by armed men in Co. Down early this morning.

At approximately 6.30am in the Abbot Drive area of Newtownards a bus was boarded by two masked, armed men. They poured fuel over the vehicle before setting it alight.

The bus driver escaped without injury but is said to have been left badly shaken.

The incident was condemned by DUP leader Jeffrey Donaldson.

"There was never any justification for people with guns on our streets and damaging property - there never will be," he wrote on Twitter. "Thuggery and terrorism will do nothing to remove the NI Protocol. Political action has secured progress and must be allowed to continue. Violence has no place in this."

"There is absolutely no place in our society for this criminality and violence," said Sinn Féin MP John Finucane, who described the attack as "dangerous, reckless and despicable."

"Our bus drivers are frontline public workers, our buses provide a critical community service," said SDLP Infrastructure Minister Nichola Mallon. "These cowards with covered faces have done nothing more than attack their own community."