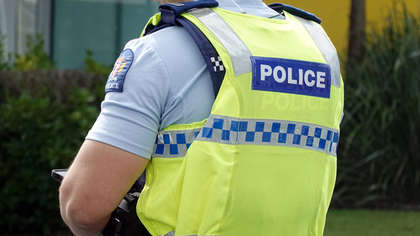 A man described as a "violent extremist" was shot and killed by police after stabbing six people in a New Zealand supermarket.

The attacker emigrated to New Zealand from Sri Lanka 10 years ago and had been monitored by police for the last five years.

Police were following him at the time he entered the New Lynn supermarket in the city of Auckland. They assumed he was simply shopping but he began stabbing people with a large knife he had concealed on his person. Police shot him dead within 60 seconds of his attack.

"A violent extremist undertook a terrorist attack on innocent New Zealanders," said New Zealand Prime Minister Jacinda Ardern in an address to the media. "He obviously was a supporter of ISIS ideology."

Police Commissioner Andrew Coster assured the public that the attacker was acting alone and no further threat was posed.

"We were doing absolutely everything possible to monitor him and indeed the fact that we were able to intervene so quickly, in roughly 60 seconds, shows just how closely we were watching him," Coster said.

Ardern dismissed speculation that the attack might have been an act of revenge for the killing of 51 people at two New Zealand mosques in 2019.

"It was carried out by an individual, not a faith," she said. "He alone carries the responsibility for these acts. It would be wrong to direct any frustration to anyone beyond this individual."