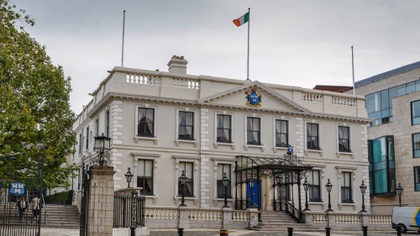 Labour's Alison Gilliland took the position from the Green Party's Hazel Chu at a ceremony on Monday evening.

Gilliland, Dublin's 353rd Lord Mayor and the tenth woman to take the role, said that her focus will be on community, housing and gender.

Speaking about her predecessor's work during the pandemic, Gilliland said "The last 15 months have been a really tough and challenging time for all who live in our city and our council officials, and I want to pay special tribute to our outgoing Lord Mayor and Deputy Lord Mayor for their stewardship over that time. Covid-19 has brought the role and essence of Dublin City Council to the fore – that of providing for and supporting the people of Dublin."

Gilliland spoke about her responsibilities as a role model for women. "I want to pay tribute to those women, who have gone before me and I would like to think that many, many, more female Lord Mayors will come after me. Women and girls look to other women and girls for role models and if you don’t see it, it’s hard to be it. It’s also hard when you don’t see yourself or your views and concerns represented at the decision-making table. For women this issue has been strongly articulated during Covid, during the mother and baby home debates and more recently on Saturday in relation to the ownership of our National Maternity Hospital."

She added "As Lord Mayor, I want to give voice and advocacy to the experiences of women and girls living, working and recreating in our city. I want to give voice to the absolute need to view the functioning of our city, the services we provide, the amenities and activities we promote and safety in our city through their eyes."