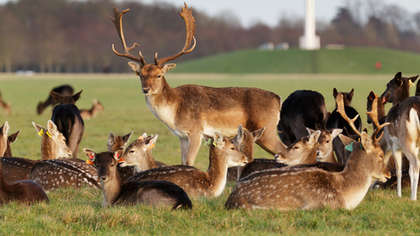 A managed cull saw 34 deer killed in the Phoenix Park this week.

22 females and 12 males were killed on Tuesday, according to the Office of Public Works (OPW).

The latest cull is intended to keep the deer population of the park under control and was overseen by a qualified vet.

"The deer population in the park is actively managed to keep the herd at a sustainable size," an OPW spokesperson said. "If animals were not removed, food would become scarce and more animals would ultimately suffer. Without population control, there would be other welfare issues such as low body fat, malnutrition and high incidence of death from exposure to cold in winter. Attempting to maintain too many deer within a restricted park area would soon lead to a build-up of parasites and other pathogens causing disease in the deer."

Several culls are held each year. As it's currently mating season, the latest cull is intended to counteract the resulting population growth in the coming months.

Some animal welfare groups have criticised the practice of culling, arguing for contraceptives to be employed instead. The OPW has responded by pointing out that no contraceptives are licensed for use on free-living deer in Ireland, and that humane culling is endorsed by the Irish Deer Society.