Continuing Peaky Blinders Without Helen McCrory Was A "Challenge" 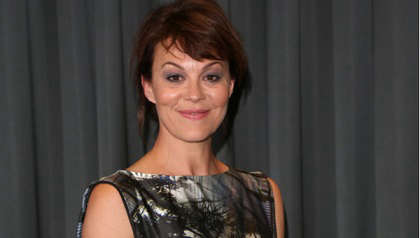 Peaky Blinders creator Steven Knight has admitted that continuing the BBC One hit show without popular actress Helen McCrory was a "challenge".

Helen McCrory sadly passed away last April from cancer aged 52. The actress who was married to Homelands and Band of Brothers actor Damien Lewis starred in every series of Peaky Blinders since it began in 2013. She also starred in several Harry Potter films and James Bond's Skyfall back in 2012.

Describing her as an "incredible actor", Knight paid tribute to McCrory and also admitted that continuing the show was difficult, but added that it is what she would have wanted.

"She was right at the heart [of the show]. There are three central characters – she was one of them".

"And it’s a challenge, and was a challenge, to keep going with the story without her. But we knew that she would have wanted that to continue. So that’s what we did".

Last year, it was also confirmed that the upcoming sixth series of Peaky Blinders, would be its last, with an official release date yet to be confirmed. Knight did reveal that it would be "very soon".

Knight also confirmed that Line of Duty star Stephen Graham will be joining the cast for the final series.

"I really wanted to use him as a character and there was a particular Scouse character that becomes part of the story – and who else would you cast?", Knight added.

"I think he’s just happy to be using his own accent", he jested.

On top of this, Peaky Blinders is to also be adapted into a film, which is being produced by Knight and the dance company Rambert. It will hit the Birmingham Hippodrome on September 27, before arriving onto London screens and touring in 2023.

Knight also revealed that the film will begin at the end of World War I with a "semi-tragic love story end and redemption".

"It seemed to happen naturally even though, when you look at it, you think it’s a leap. And I hope it is a leap. I want it to be a leap", Knight said. "Rambert … are the perfect fit in terms of Peaky because they’re a dance and ballet company that is committed to taking dance to the people".

"They did a 12-minute piece for the Peaky Blinders Festival which I thought was fantastic. I thought it was wonderful".

He continued, "As a consequence of that, I wrote the scene in series five where there was a ballet taking place at Tommy’s house".

"And then the conversations continued and it just felt that this story, these characters, could live on a live stage".

"And if they are going to live on a live stage, rather than do a play, it feels that this is the right thing because music has always driven Peaky Blinders from the beginning. So it felt very natural".