Extras Reminded Not To Ask Russell Crowe For Selfies During Filming 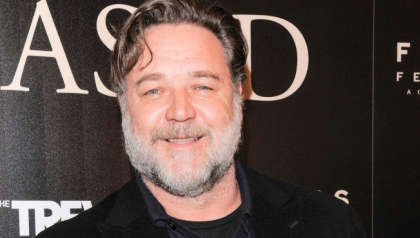 Extras who are working alongside Russell Crowe have been warned against asking the megastar for selfies during filming.

The Gladiators star is currently filming his latest movie which is to show him starring as real life figure Father Gabriel Amorth in the film, The Pope's Exorcist. This follows the real life story for a priest who performed over 100,000 exorcisms in his life.

Crowe has filmed some of these scenes around Dublin's Trinity College, as well as being spotted cycling in the Wicklow area recently.

The latest Crowe film has seen over 100 extras dressed as nuns, monks, and Swiss guards working on set. An insider has revealed that they have been firmly briefed on how to conduct themselves while on set.

“It’s standard thing for extras to be given a set of rules on how they should behave on set", they said. "But probably because with Russell involved and so many new extras, they probably thought everybody needed a bit of reminding, ‘not to approach Russell for selfies, or any of the other cast or take photos".

A MovieExtras.ie spokesperson also added, "It is fairly standard practice to ask extras not to approach actors when they are working on set / in the midst of doing scenes and possibly in character".

When he is not busy pretending to perform exorcisms, Russell Crowe was also spotted dining at the DeVilles Restaurant in the Dalkey area with his girlfriend Britney Theriot.

“Russell came in for dinner and behaved like any other customer. He was really lovely. We found him to be a very pleasant man. He had a great time", the restaurant commented when asked about the actor's behaviour.