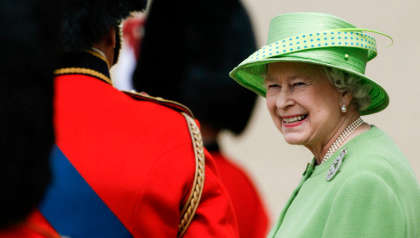 Royals and world leaders are to attend the funeral of the late Queen Elizabeth II, who is being laid to rest at a state funeral at Westminister Abbey today.

Mourners who arrived at Westminister Abbey include the son of the Queen consort Tom Bowles and his family, along with the parents of the Princess of Wales, Carole and Michael Midleton.

The funeral will also be attended by Taoiseach Micheál Martin, President Michael D Higgins, and Primate of All Ireland Archbishop Eamon Martin. Other prime ministers, presidents and European Royal Families will also be in attendence.

The ceremony will of course be attended by the Queen's great-grandchildren Princess Charlotte and Prince George, ahead of a commital service later this evening at Windsor Castle.

They will walk in procession behind the coffin. It will be carried through the Gothic Church by the Military bearer party. They will join the Queen's other children, Anne and her husband Tim Laurence, Prince Andrew, Edward and his wife Sophie. They will follow the King and Queen Consort behind the coffiin.

Her grandchildren Prince Harry and Prince William will also be in the procession, along with their wives Meghan and Kate.

The coffin will be taken from the Palace of Westminister to Westminister Abbey in a grand military operation, for the funeral mass taking place at 11am.