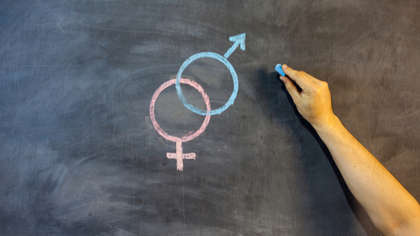 A new study has found a large percentage of young people have been misinformed about sex during their school education.

The study by Plan International Ireland’s Youth Advisory Panel (YAP) found young people being taught crazy theories including the notion that a woman can't become pregnant as the result of a rape, and that a woman can be impregnated by touching semen on a door handle.

A survey of over 500 people aged between 15 and 24-years-old found as many as 85% respondents were subjected to misinformation around sex.

Less than 1% said they would look to their school for further guidance on sexual health. 59% said they had been misinformed about birth control and contraception. 61% were misinformed on LGBTI+ matters.

"My teacher told me people didn’t usually get pregnant from rape, something about not conceiving if your body goes through trauma," one respondent answered.

"So many girls I know were unaware that they had been sexually assaulted due to misinformation surrounding consent," another revealed.

46% of respondents said they encountered misinformation online, while 29% said they were misinformed by their school and 25% blamed friends and family for spreading misinformation.

"While the provision of sexual health education in Ireland has frequently been described as outdated, this research demonstrates that the information students are receiving in schools is not only absent, but when it is delivered it is often inaccurate," the survey concluded. "The effects of misinformation on sexual health can be varied, from simply being confused about your own body or identity, to unintended pregnancies or STIs as a result of ineffective contraceptive use."

The YAP is calling for schools to introduce a peer-led sexual health education programme accompanied by an online resource that would "present factual, age-appropriate information on sexual health, developed in consultation with young people and trusted partners."