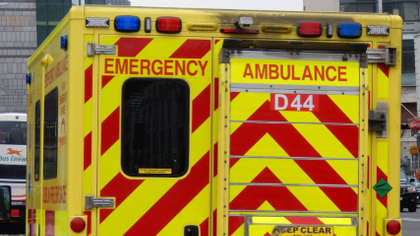 Two pedestrians have been left with serious injuries following separate incidents in Dublin.

Just after 11pm on Saturday night, a 31-year-old man was struck by a car on the Blessington Road in Tallaght.

The scene was attended by units from the gardaí, fire brigade and ambulance service.

The man was taken to Tallaght hospital for treatment of serious, though not life-changing injuries.

Following treatment at the scene, he was brought to Beaumont Hospital where he is said to be in a serious condition.

The area around the crash site was closed as Garda Forensic Collision Investigators carried out an examination. Local traffic diversions were put in place.

Neither of the drivers suffered injuries.

Gardaí have asked for witnesses to either incident, particularly those with video footage, to contact them at Tallaght and Sundrive garda stations, or on the Garda Confidential line on 1800-666111.