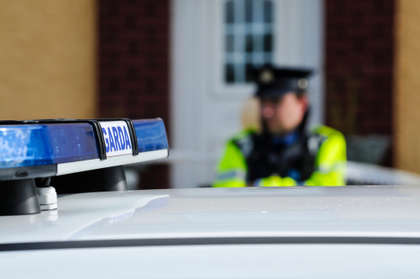 A nationwide order has been issued by gardaí for extra patrols to be carried out by local garda at the homes of politicians and state officials targeted by protesters.

A garda source claims intelligence has been received concerning the planned activities of such protesters.

"The reports were issued to various divisions and districts, not just in Dublin but also nationwide," the source said. "Gardaí have been told to increase patrols in the areas and monitor any potential problems. This is not just at the homes of Government politicians and high-profile officials like Tony Holohan but also lower level employees of certain State agencies that members of this group have an issue with."

The order is not believed to be a reaction to last week's murder of British MP David Amess.

Taoiseach Micheál Martin has called for a review of security arrangements around Irish political figures.

"In all matters to do with security and policing, I think intelligence is the key ingredient and is the key prevention factor," he told reporters on Friday. "No-one wants an intrusive or over the top sort of security presence around politicians. It’s part of our ecosystem in [Irish] politics to have clinics, to have that interaction with people on the ground. It’s a very positive feature of Irish politics and we have to protect that. I think it’s through the intelligence network and the intelligence capacity of An Garda Siochana and others, that’s the ultimate protection that we can give to politicians, to spot things before they become challenging and difficult. There are difficulties. I think the online hate messaging – groups are forming who create bile around politicians and target politicians and target others as well, I think that’s not acceptable either. On the physical security side we have to keep an eye on it."

Senator Malcolm Byrne has received approval in principle for a bill that would make it an offence to protest outside an individual's home.

"One would think we wouldn’t have to introduce such legislation to protect people’s homes but sadly we have seen a tiny minority who shout loudly about rights but haven’t a clue about responsibilities and feel it is acceptable to target a person in their home," he said. "There are plenty of places to peacefully protest apart from outside a person’s home. We are fortunate in Ireland to have that right."