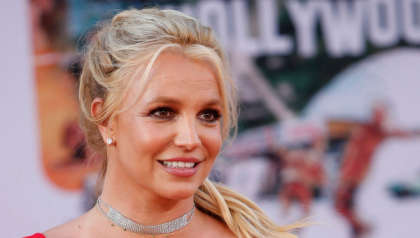 A Britney Spears inspired musical is to hit Broadway in 2023, it has been confirmed.

Having been previously delayed from 2019, where it was due to take place in Chicago, the musical Once Upon A One More Time, was pushed back to April 2020, before being cancelled completely due to the Covid-19 Pandemic.

The musical was eventually premiered in November 2021 in Washington DC.

Once Upon A One More Time, is based on a book club formed by Cinderella, Ariel and Snow White, and the disruption caused when their fairy godmother shares a book called The Feminist Mystique with them, opening their world away from “bird-made dresses and true love’s kiss”.

Produced by Hunter Arnold and James L Nederlander, the musical will open on Broadway at the Marquis Theatre on 23 June next year. Previews of the musical begin on May 13.

The musical will include Britney Spears' hits such as 'Circus', 'Oops I Did It Again', 'Toxic' and 'Lucky'.