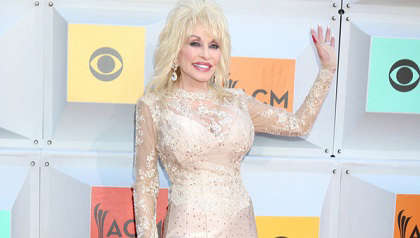 Dolly Parton has confirmed details of her new album "Run, Rose, Run". This album will be the companion piece for her upcoming novel with the same name.

Arriving on March 4 via Butterfly Records in partnership with Ingrooves/UMG, the album has already be previewed by her track "Big Dreams And Faded Jeans".

The book "Run Rose Run" was co authored by Dolly Parton and US Fiction writer James Paterson. Paterson described the project as “a new thriller about a young singer/songwriter [Rose] on the rise and on the run…and determined to do whatever it takes to survive!”.

This provided the impetus for Parton to put together this album, co produced by Tom Rutlege and Richard Dennison.

An official description also added, “The album mirrors the story of a young woman who leaves home for Nashville, TN to pursue her music-making dreams and the dark secret from her past that threatens it all".

"exciting new album with all of you"

“So many people come to Nashville with their sack of songs", Parton said in a statement. “Whether they’re running from anything or not, they’re running towards a future. That’s what ‘Big Dreams And Faded Jeans’ is all about. I am so pleased to finally share the first song from this exciting new album with all of you!”.

Thank you for all of the love on Big Dreams and Faded Jeans! It was a dream of mine to write this new book Run, Rose, Run with @JP_Books and I am thrilled to share this new music that was inspired by it. Pre-Order #RunRoseRun here ❤️ #BigDreamsFadedJeans https://t.co/WdQOBHQxkE pic.twitter.com/NEWAGp75VA

The track list for "Run Rose Run" are as follows.