Keith Urban To Take Over Some Of Adele's Vegas Shows 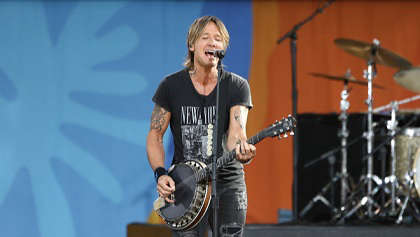 Keith Urban is to replace Adele at Las Vegas after she postponed her residency at Caesar's Palace last week.

Adele had been due to start here residency on January 21, before concluding on April 16.

However, last week the Someone Like You singer took to social media to make a tearful announcement that her shows would not be going ahead, after being "absolutely destroyed" by Covid-19 and delivery delays.

Adele added that it would have been "impossible" to put the shows together in time. However, she promised that these dates would be rescheduled. She also apologised to fans for the last minute decision.

All dates will be rescheduled
More info coming soon
💔 pic.twitter.com/k0A4lXhW5l

However, Keith Urban has added five shows to his own Vegas residency at the Colosseum venue from March 25. His shows will run until April 2.

Urban 54, has two daughters with his wife actress Nicole Kidman.