New Biopic About Amy Winehouse's Final Years Is In The Works 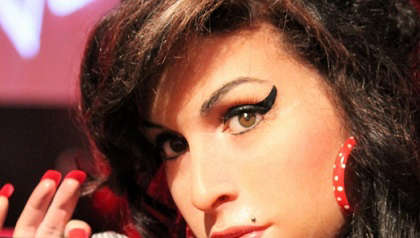 A new biopic about the final years of singer Amy Winehouse is in the final works. The biopic will be produced by Halcyon Studios.

The biopic is to be based on Daphne Barack's 2010 book Saving Amy.

For that book, Barack based it on over 40 hours of footage, notes and photos that she amassed with Amy and her family from the last years of her life. Amy Winehouse died from alcohol poisoning in 2011.

To mark 10 years since her death, a documentary paying tribute to the musician called Reclaiming Amy was released in July.

Speaking on this latest biopic, Halcyon Studios CEO David Ellender said this in a statement, “Our team is honoured to be working on this project. Although her career was cut far too short, Amy was the voice of a generation and we look forward to telling her story in the most poignant way possible".

Amy's father Mitch said that a possible follow up to the album "Lioness: Hidden treasures" which was released not long after his daughter's passing, could be in the works too.

He told BBC News, “We’ve found a few bits and pieces but it’s difficult because the CDs are a bit corrupted but apparently we’ve been told we might be able to rescue something".

“It might not be as good as ‘Back To Black’ but from what I’ve heard, from the snippets that we might be able to rescue, it’s good".

These include early pre-fame material from Amy Winehouse.

Mitch also called on people to remember Amy for her talent and not for her struggles with addiction.

He wanted people to remember Amy for “her talent, her generosity and the love she showed us all”.