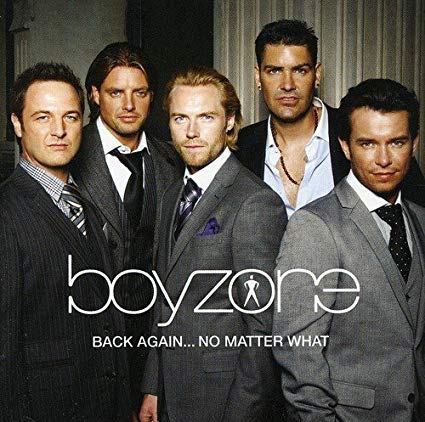 Ronan Keating of Boyzone fame has just revealed that that band passed up on a song that would go on to become a U2 hit calling the decision a “big mistake”.

In an interview with 98FM’s Big Breakfast the singer revealed that hit that would eventually become U2’s Sweetest Thing, originally recorded in 1987, was nearly a Boyzone record.

Keating admitted that the boys ultimately passed on the song in the 80s saying that it didn’t suit their sound. The boys were later invited to star in the music video alongside Bono and the rest of U2.

“Well, actually, if I go back even longer, Bono gave us the song the Sweetest Thing, to Boyzone. It was a gift to Boyzone.

“And we tried it in the studio and afterwards the record company and people, they felt it wasn’t sounding like a Boyzone song, so it was never released.

“So, there is a version somewhere of Boyzone singing Sweetest Thing, which I would love to hear because I’ve never heard it.

“Then the lads went, ‘Well if you don’t want it, we’re gonna record it,’ and they did and had a huge hit with it. So, big mistake on our part.

“But they very kindly asked us to be in the video and it was just off Merrion Square. We spent the day with them.”

Keating also revealed that he is working on new music.

He said: “I’ve a brand new album coming out in November. It’s something special that I was in Dublin shooting and filming for.

“I’m not talking about it just yet but it’s something very exciting and very important to me and I can’t wait for everyone to hear it,” he added.