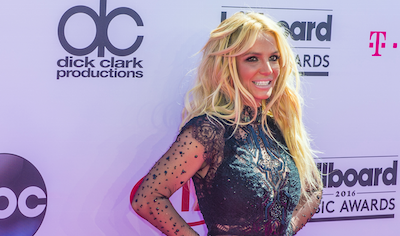 Britney Spears recently called out those "closest" to her for not speaking out about her 13-year conservatorship earlier in a scathing Instagram post that shows that the star isn't holding back any longer.

"I don't like that my sister showed up at an awards show and performed MY SONGS!!!!!" that star wrote in her July 17 post when discussing Jamie Lynn.

Back in 2017, the younger Spears sister made a guest appearance at the Radio Disney Music Awards where she performed 'Til The World Ends' to honor her sister's Icon Award. Additionally, Jamie Lynn performed an acoustic cover of 'Oops...I Did It Again' in 2013, according to Today.

"My so-called support system hurt me deeply," Britney continued. "This conservatorship killed my dreams...so all I have is hope and hope is the only thing in this world that is very hard to kill...yet people still try!!!!"

Spears also wrote that she has no plans of returning to music or performing, especially if her father is in charge. According to Jamie Spears' attorney Vivian Lee Thoreen, Britney's father currently does not intend to resign from his role as conservator of his daughter's estate.

"For those of you who choose to criticize my dancing videos...look I'm not gonna be performing on any stages anytime soon with my dad handling what I wear, say, do, or think," Britney wrote. "I've done that for the past 13 years...I'd much rather share videos YES from my living room instead of onstage in Vegas."

The singer also addressed a number of documentaries that have made her private life and mistake the subject of public speculation and ridicule, describing them as "humiliating moments from that past".

"I'm way past all that and have been for a long time!!!! And for women who say it's weird the way I still have hope for fairy tales...go f--k yourself," she continued. "As I said...hope is all I have right now...you're lucky I post anything at all...if you don't like what you see, unfollow me!!!"

The star's post comes only one day after she criticized her inner circle for only just speaking out against her conservatorship that began in 2008.

She continued, "How dare the people you love the most say anything at all…did they even put a hand out to even lift me up at the TIME!!!??? How dare you make it public that NOW you CARE…did you put your hand out when I was drowning???? Again…NO."

Jamie Lynn first spoke up about her sister's conservatorship a few weeks ago, admitting that she hadn't said anything sooner because she wanted Britney to be able to tell her own story in her own words.

"I just want to take a second to address a few things," Jamie Lynn shared on Instagram Stories. "The only reason I haven't before is because I felt like until my sister is able to speak for herself and say what she felt she needed to say publicly, that it wasn't my place or it wasn't the right thing to do. Now that she has very clearly spoken and said what she needed, I feel like I can follow her lead and say what I feel I need to say."

She added, "I can assure you I have supported my sister long before there was a hashtag and I'll support her long after...note that."

As of yet Britney's father and sister have not responded to that star's post.